Together with our partners in Rwanda we provide high performing engineering teams. 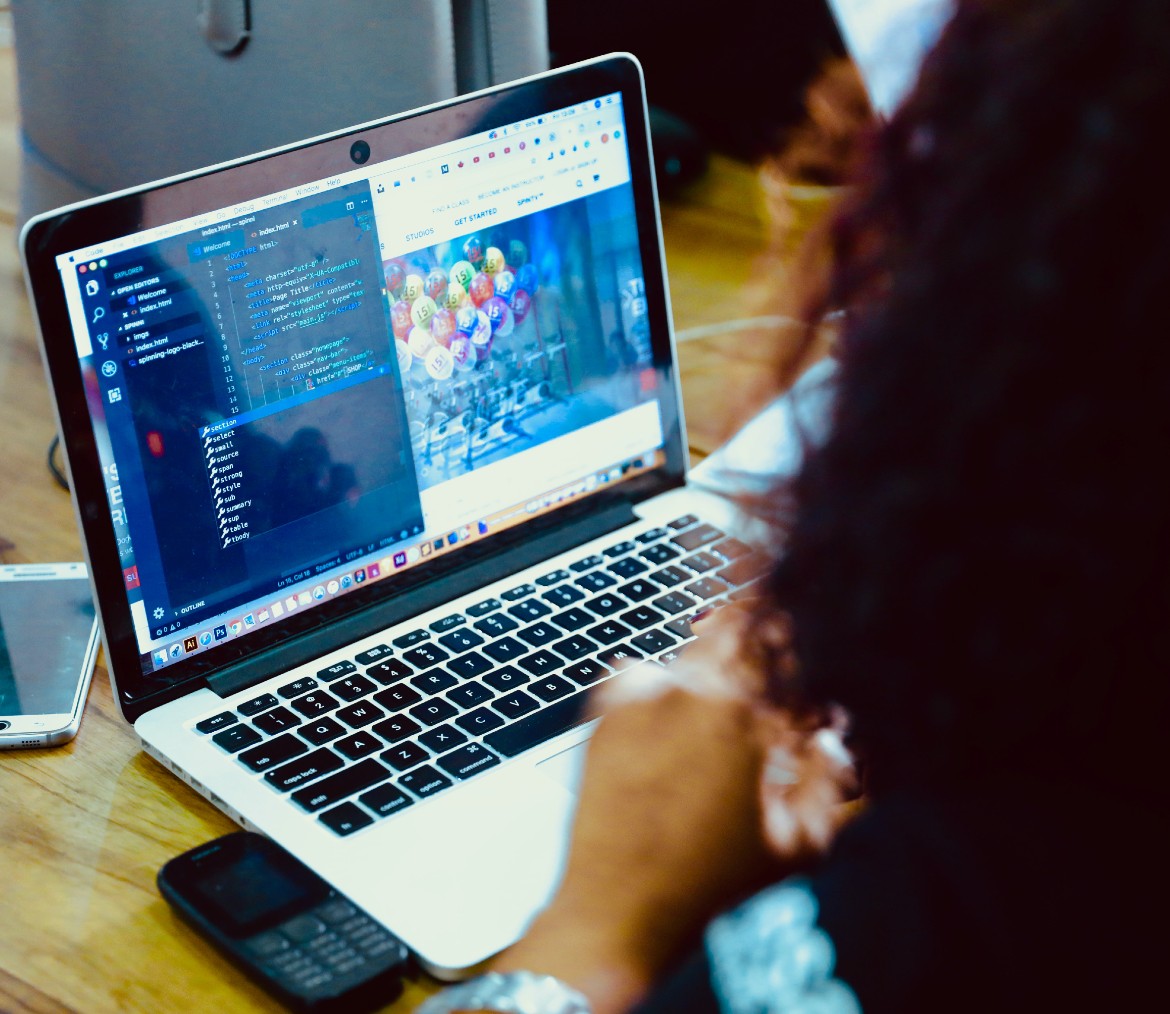 The future of work is remote

Fast-growing companies cannot afford to limit themselves to local talents. We offer handpicked integrated teams that have a 100% time overlap with our partners in Rwanda and participate in daily scrum ceremonies.

There is a massive untapped potential of talents in Africa. Rwanda especially makes headlines around the world with its ever-growing startup scene, catching the interest of big players like Volkswagen to invest in it. We partnered up with the best local engineers to help you build great software. Learn more about why we chose Rwanda and what makes it the perfect outsourcing location.

Learn more
Get in touch 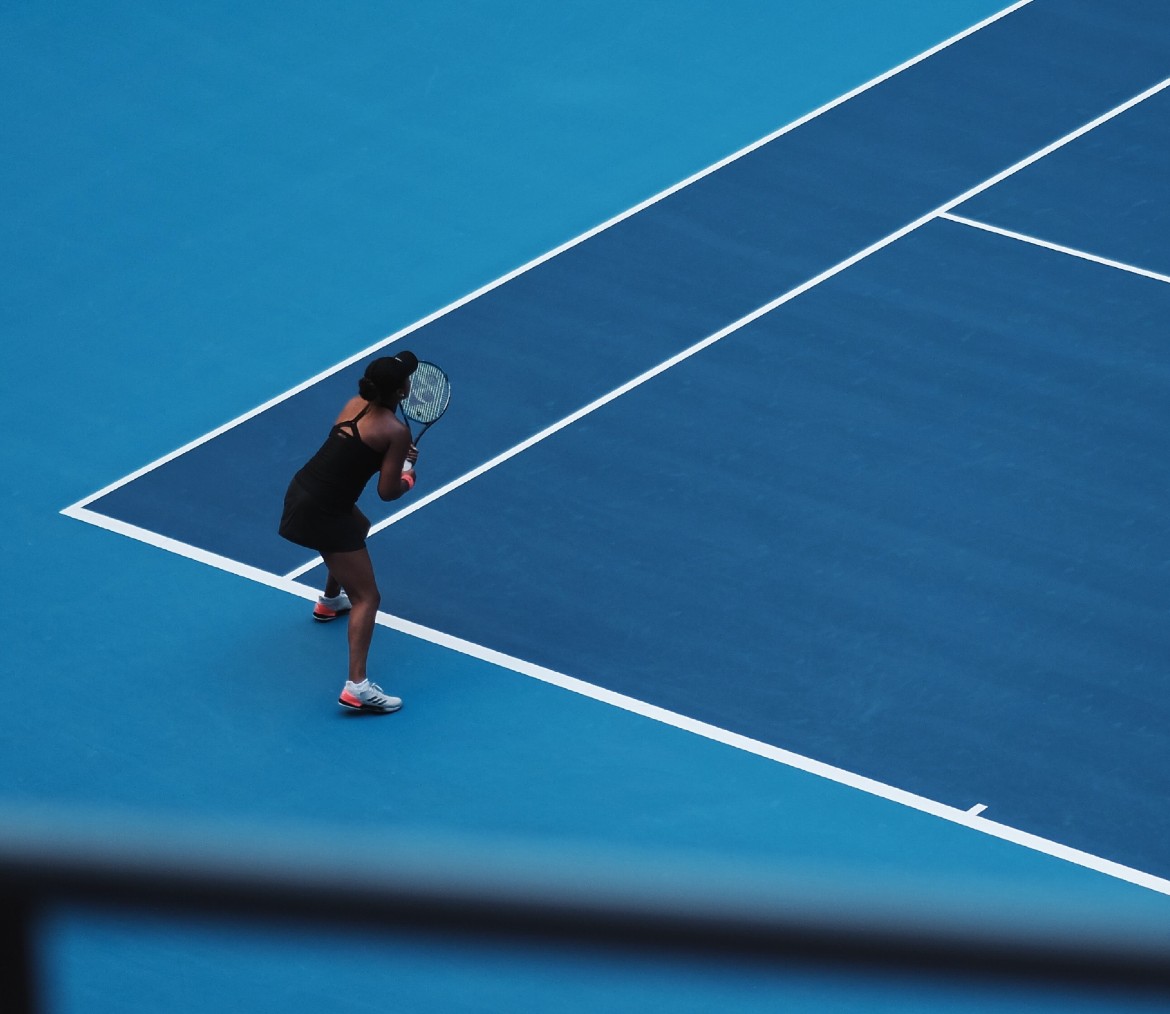 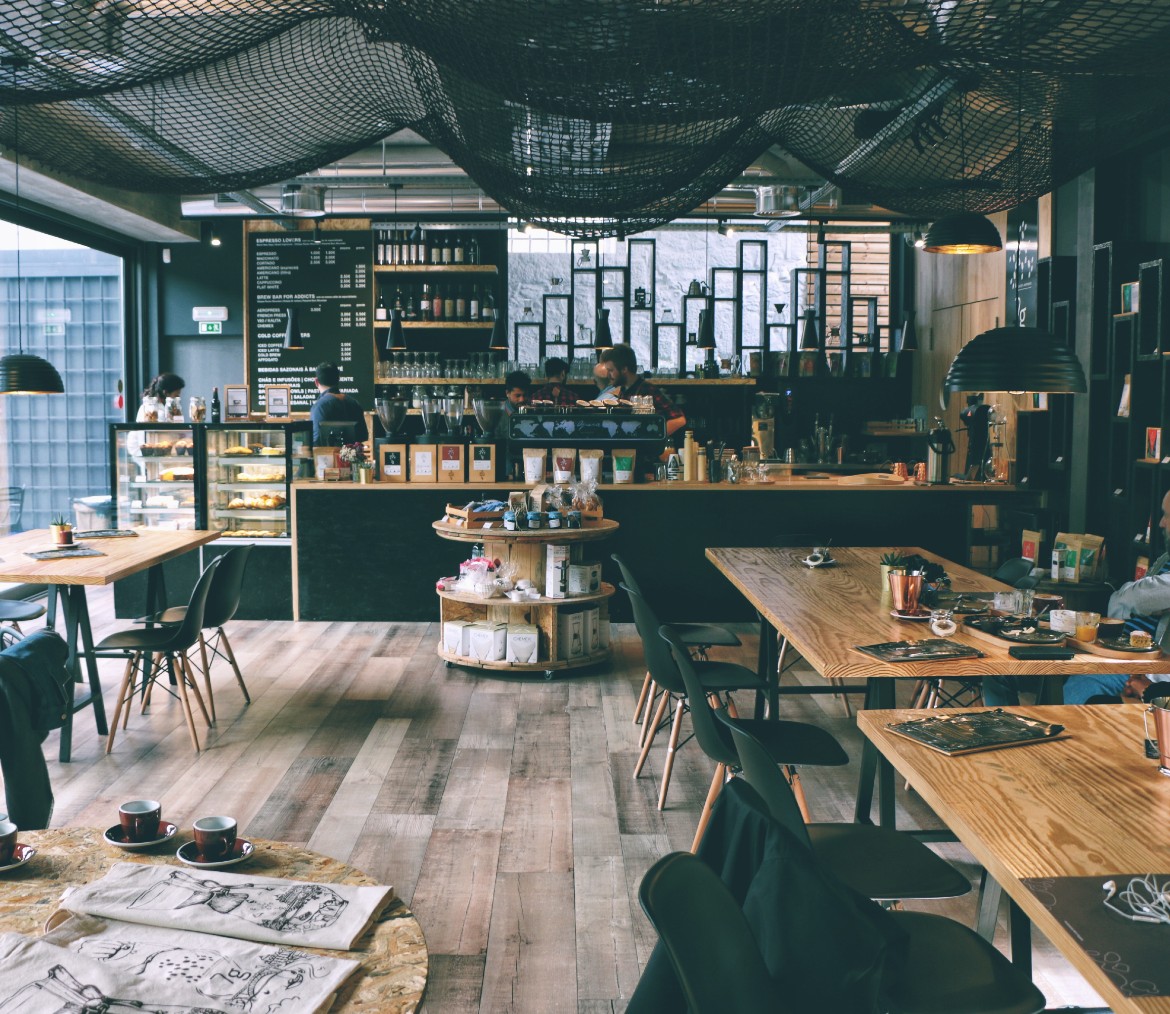 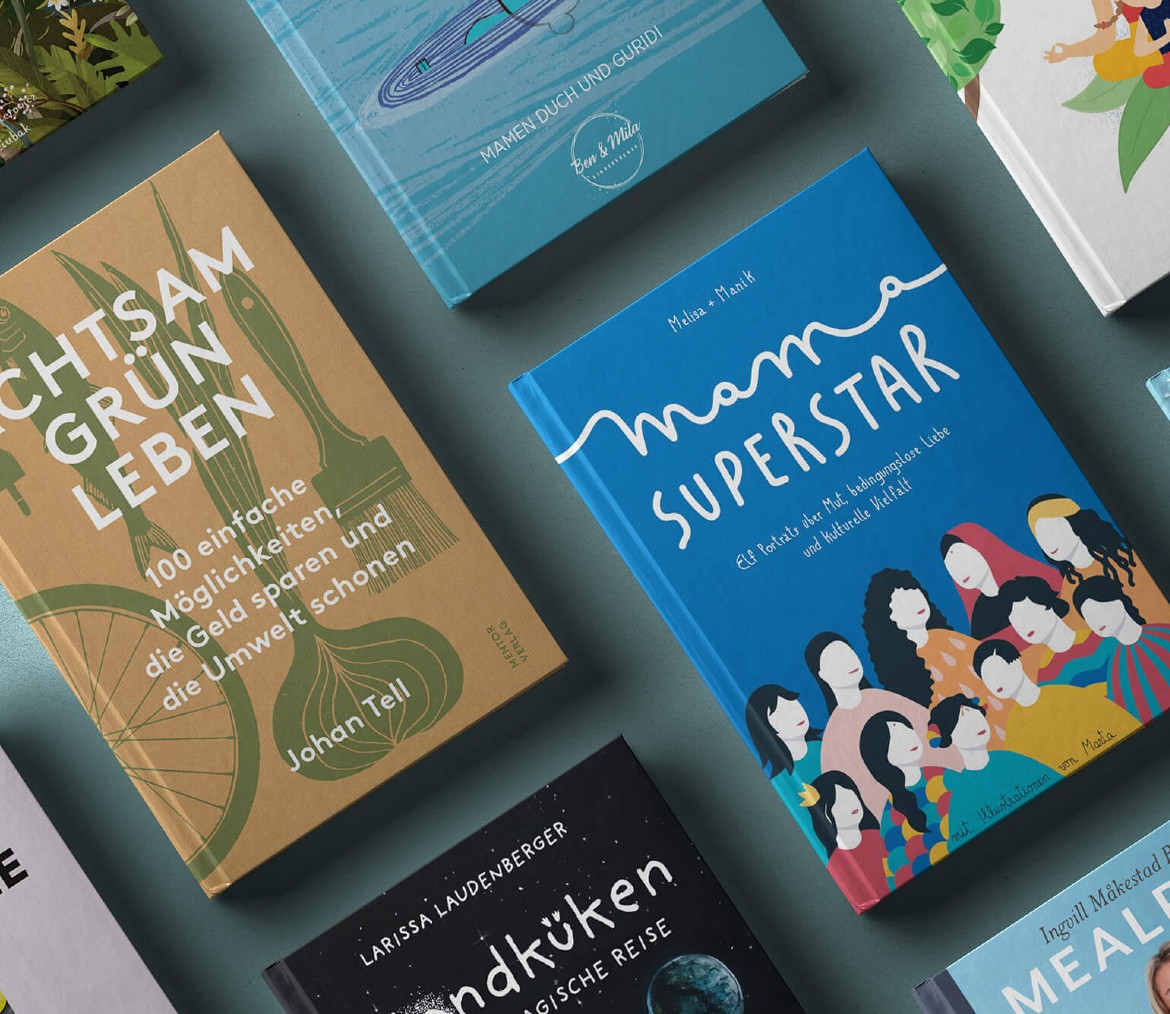 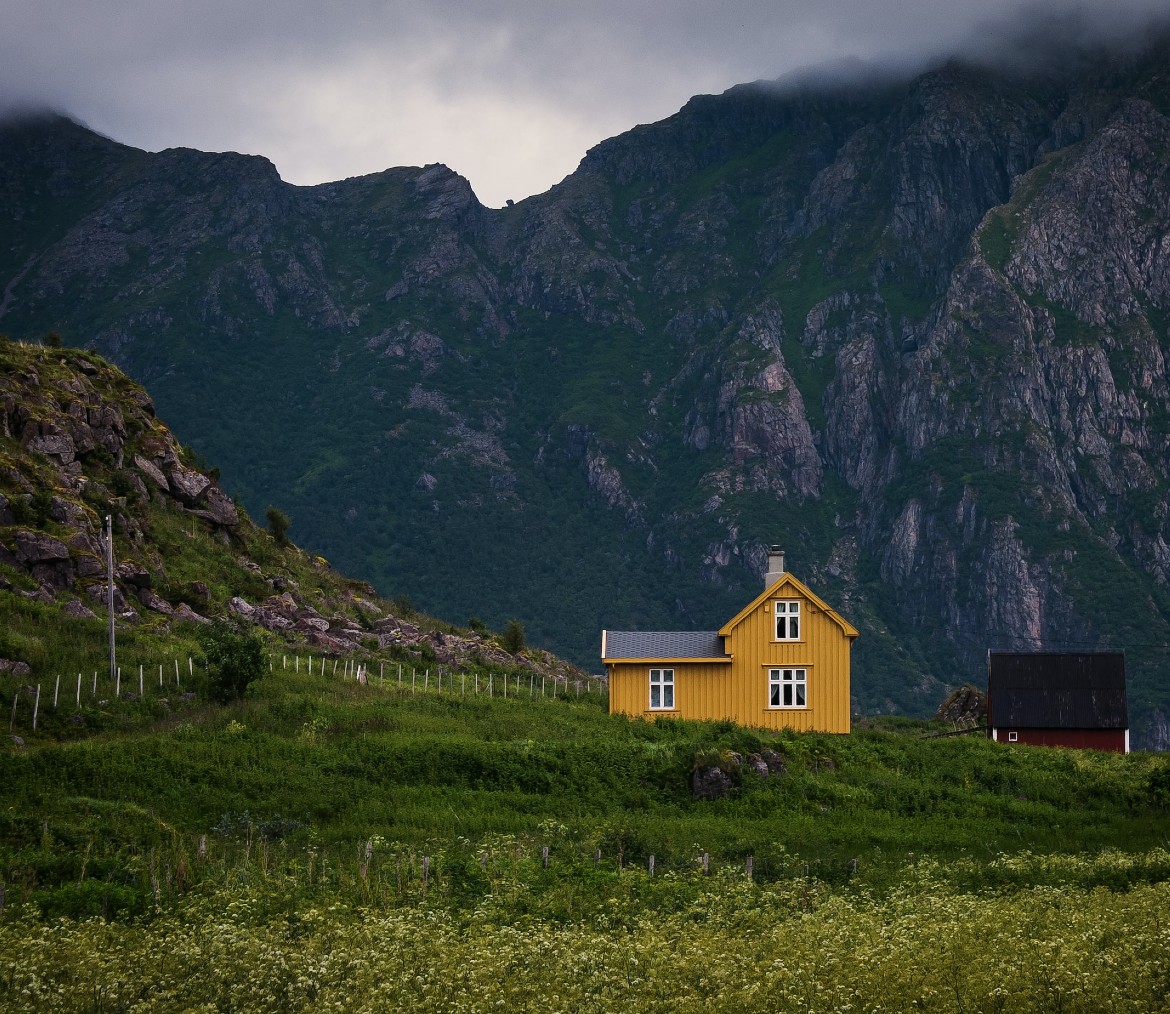 Fast-growing companies can not afford to limit themselves to local talents. With our partner in Rwanda, we offer handpicked integrated teams that have a 100% time overlap and participate in daily scrum ceremonies. We guarantee the highest standards. Every developer went through a multi-stage due diligence process by our technical leads. Before we start working together, we apply test tasks and review every team member’s code quality. Talk to us to find out how we pick our developers and how they can help you. 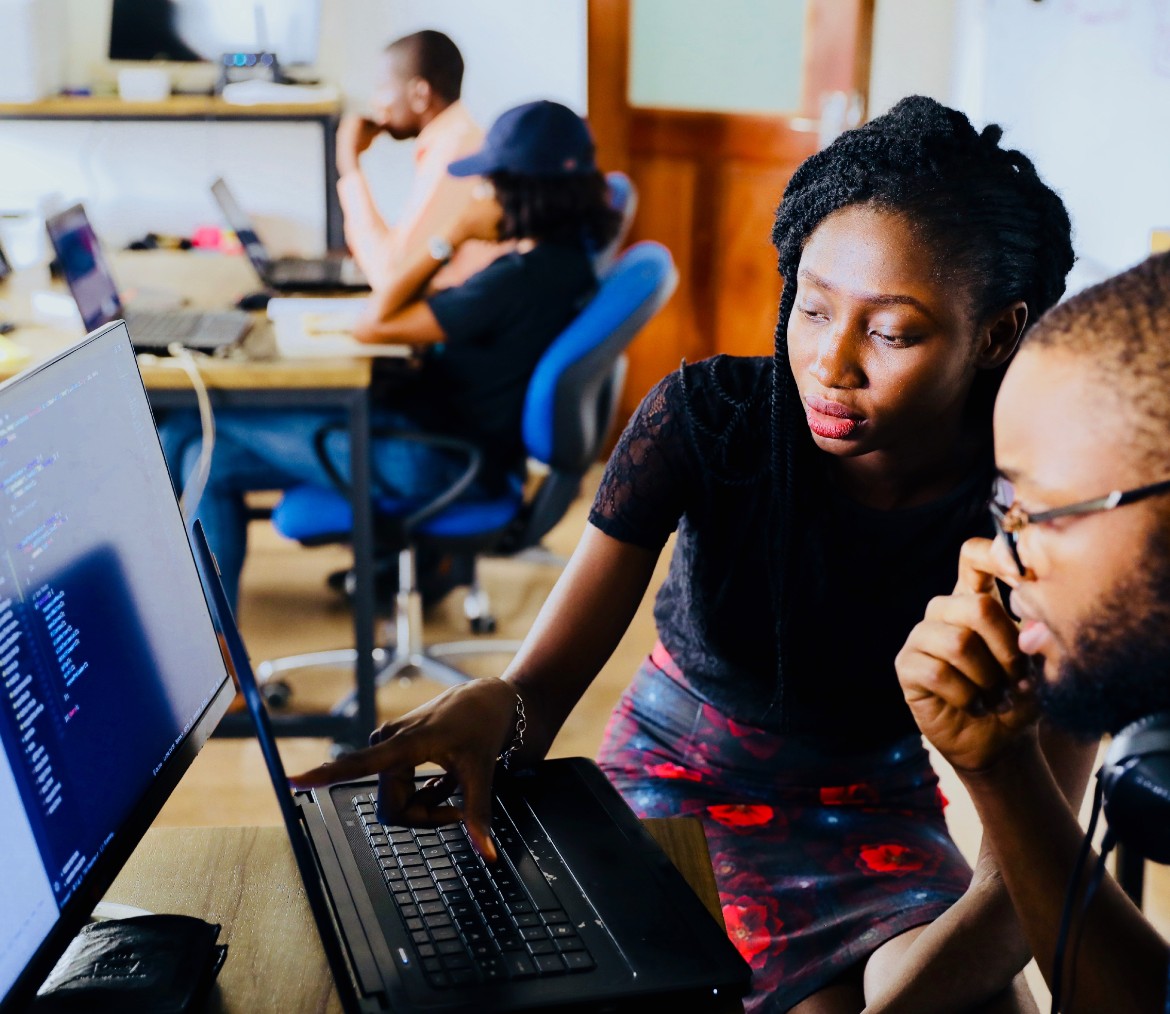 “Codeshift has done a great job supporting Homeday both from an engineering and product perspective in helping to build and evolve our products.”
Philipp Reichle, CTO Homeday

We support you to transform your product idea into reality efficiently and take over the maintenance process. We code fluently in Elixir, Ruby, Python, and JavaScript. We are solution-driven and choose the right tool for the job, are used to deploy daily on complex cloud-based architectures, and work closely together with your product team using your favorite agile methodology. Our tech leads are located in Berlin and have 10+ years of experience in the industry. If that is not enough, our team of senior engineers in Rwanda can help you scale up your engineering bandwidth while cutting your cost. Talk to us and find out how we can help you. 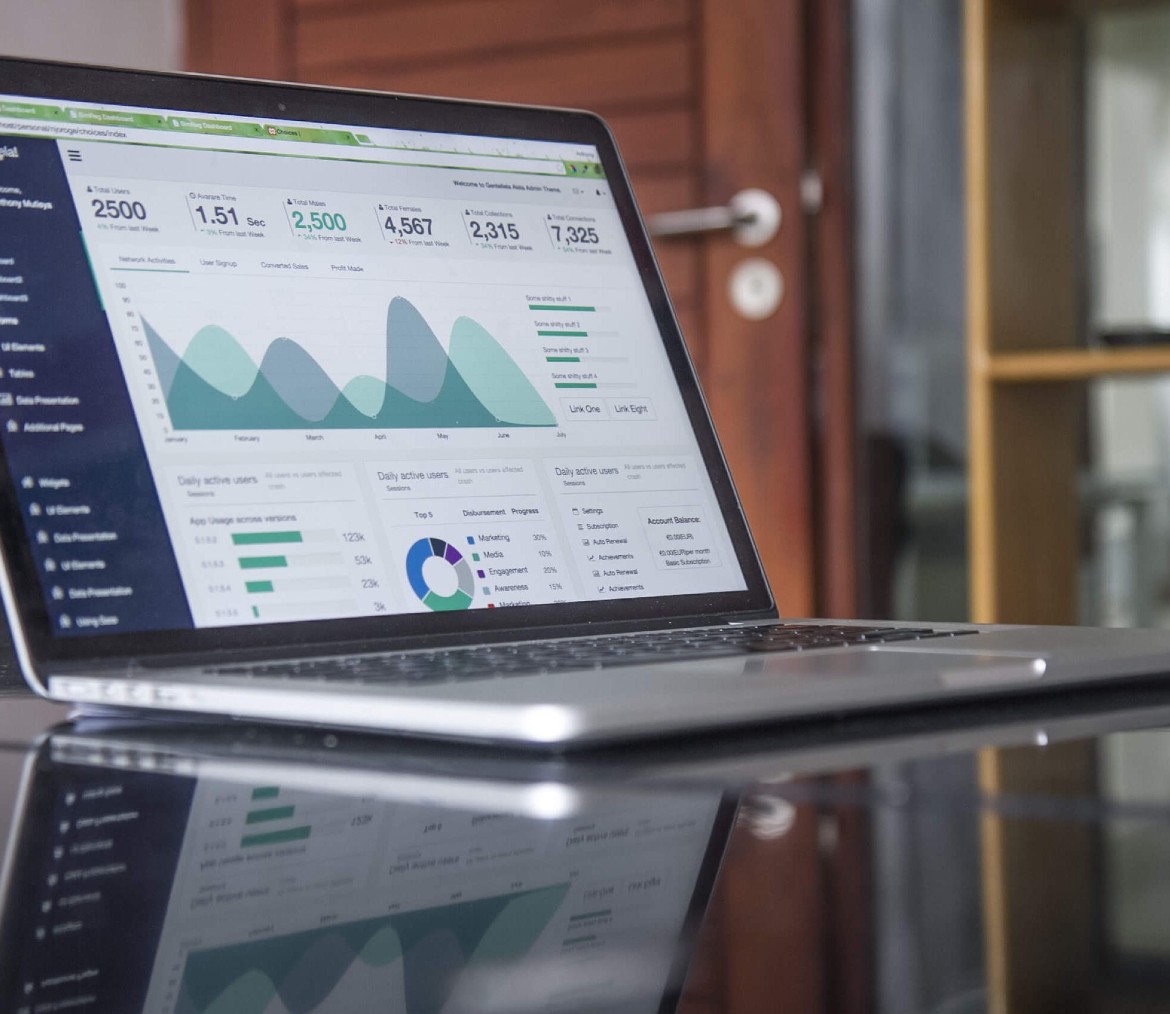 “Tech Team Berlin was quick to jump in and build a solution to manage our contacts better. It saved us countless hours so far.”
Philipp Scharff, MD Mentor Verlag

CTO as a Service

Do you need a technical roadmap for your idea or product? Our tech leads have 10+ years of full-stack experience with cutting edge technologies and already worked as CTOs for several companies. They are experts in designing and assessing suitable software architecture for your digital product or service. We help you kickstart your tech organization and support you to hire our replacement and the perfect team. Our goal is to give you the best start and then become obsolete. 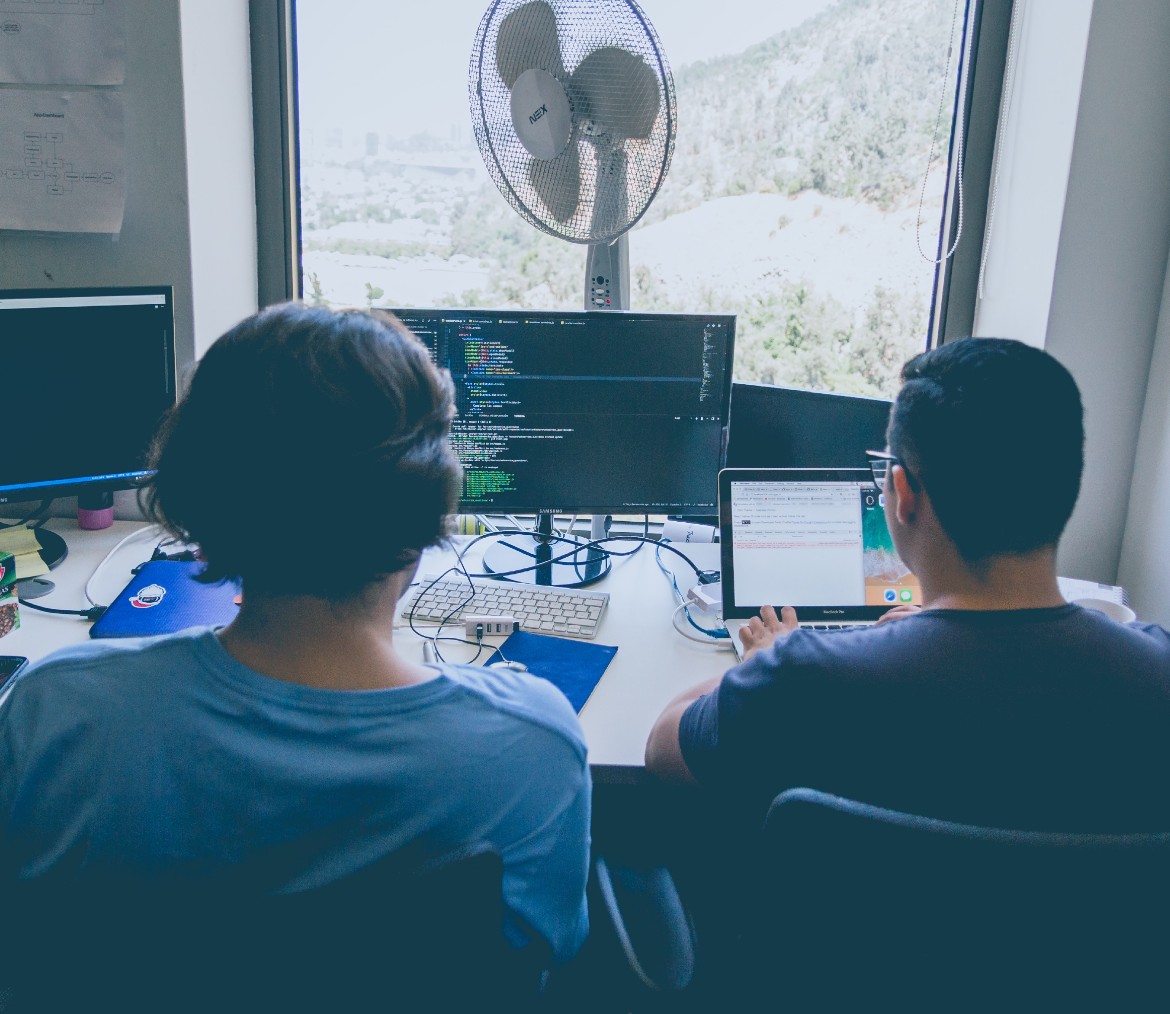 “Eleasar and Ole helped us build the engineering team at Factory from scratch and led the development of our digital product in Elixir and React. Their work became essential to the company.”
Niclas Rohrwacher, Co-Founder Factory Berlin
Integrated Teams
Software Engineering
CTO as a Service
Based in Berlin
The best talents
Agile workflow
High-quality code
Keep growing

A strong partner in Berlin

Our company and tech leads are located in Berlin. Sometimes it is easier to talk face to face. We can join you in your office and participate in workshops if needed. 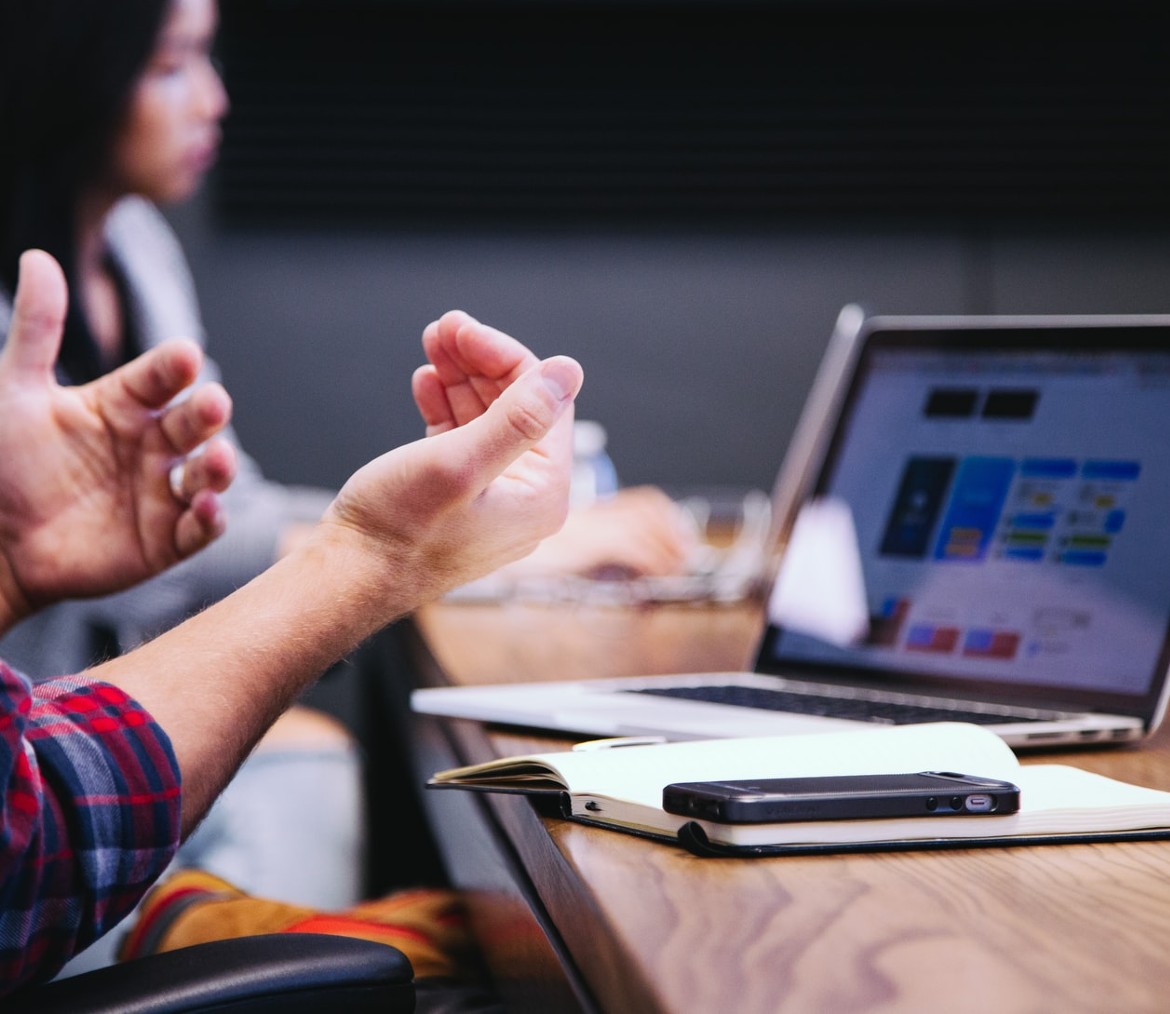 Work with the best talents

Profit from the untapped potential of talents in Rwanda. We work with local startups and build long term partnerships to find the best engineers. We test our handpicked engineers thoroughly with interviews and coding challenges. Our primary focus lies in technical knowledge, communication skills, and cultural fit. 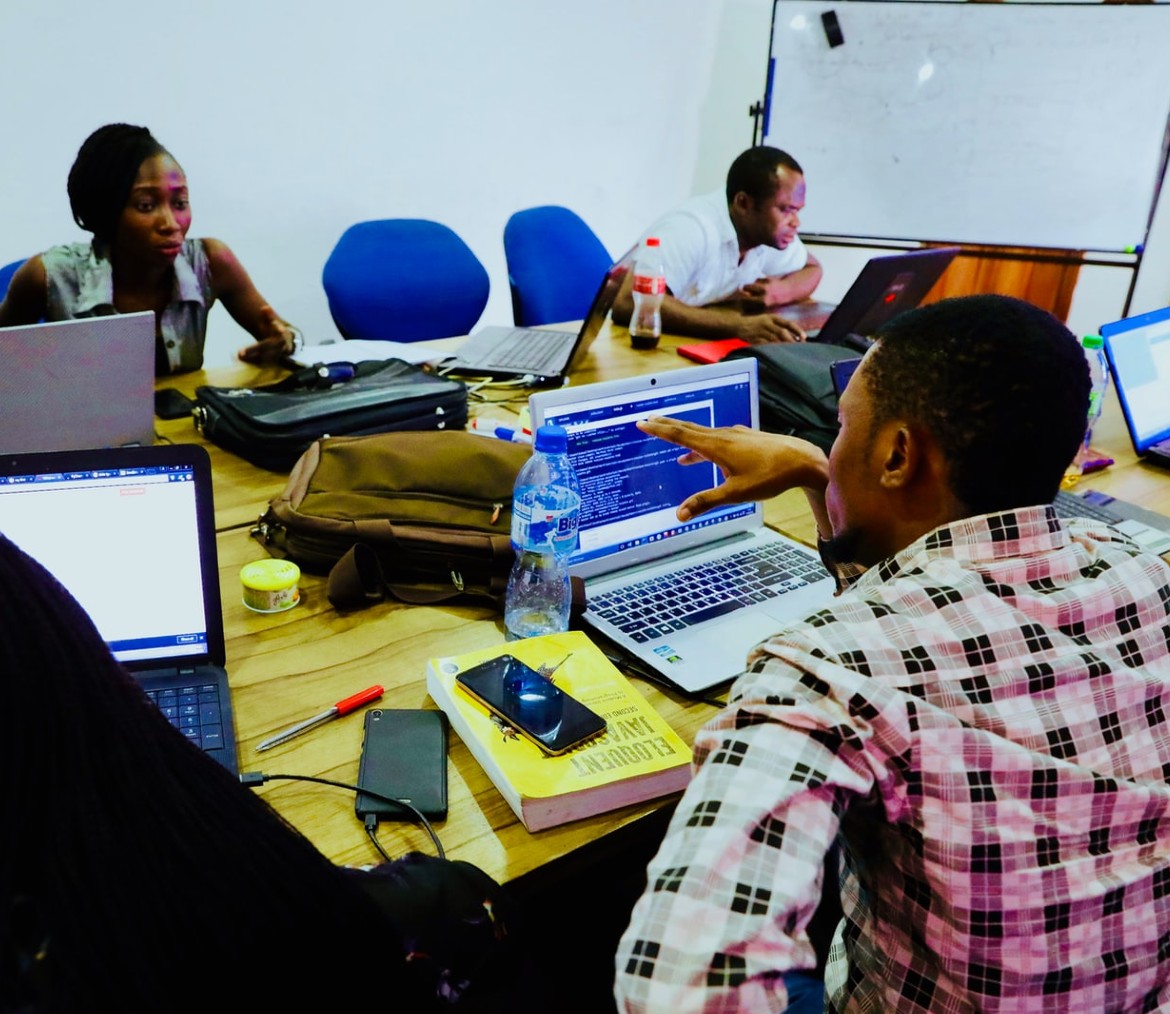 We are used to working with an agile setup. Our tech leads participate together with the engineers in the daily standups and other scrum ceremonies to make sure everything runs smoothly. We believe that a clear process is essential for strong results with remote teams. 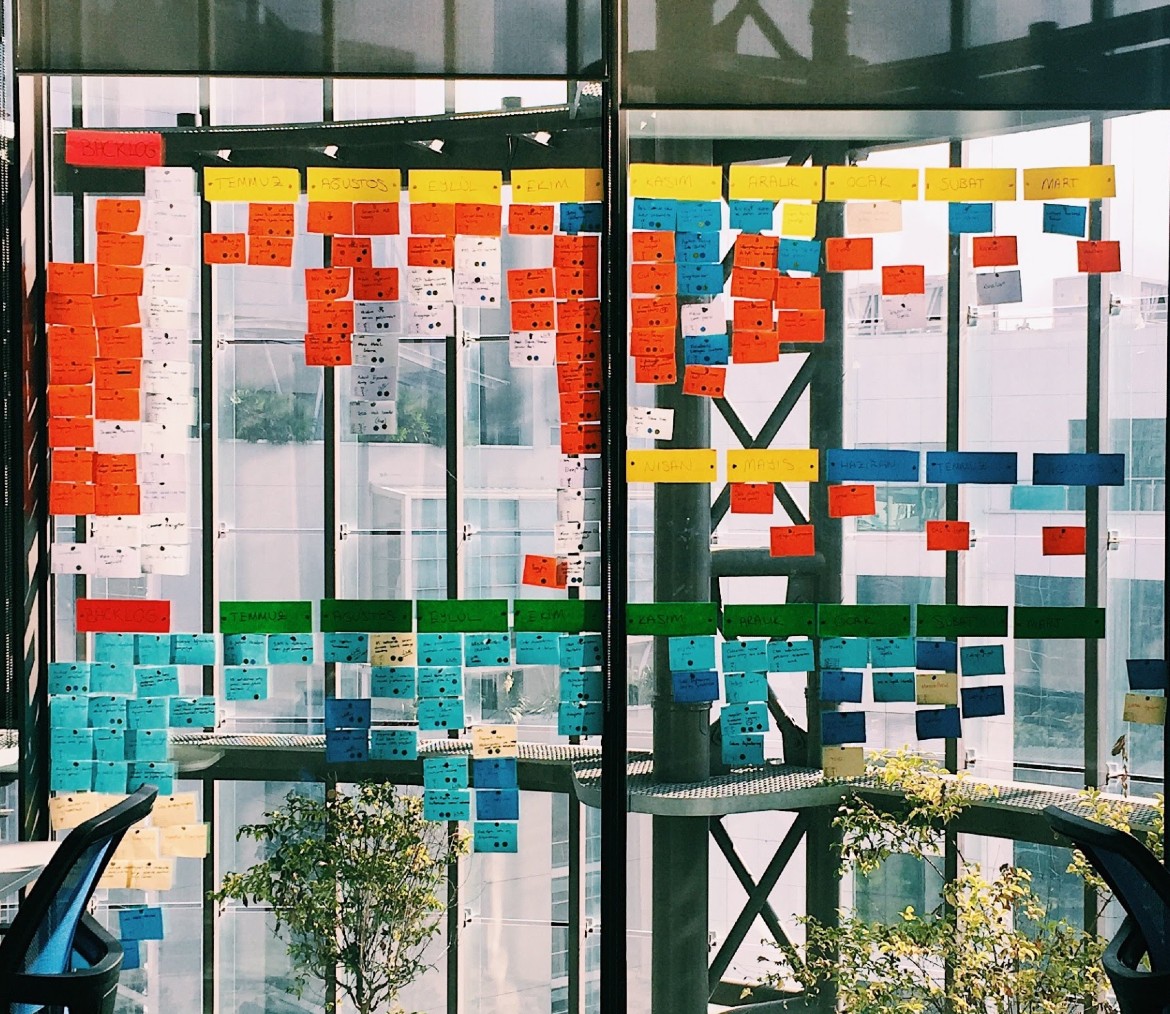 We guarantee to deliver high-quality code. Our tech leads enforce our coding standards by frequent code reviews. We strive for high test coverage, and we work with automated CI/CD pipelines. We are used to deploying daily on modern cloud infrastructure. 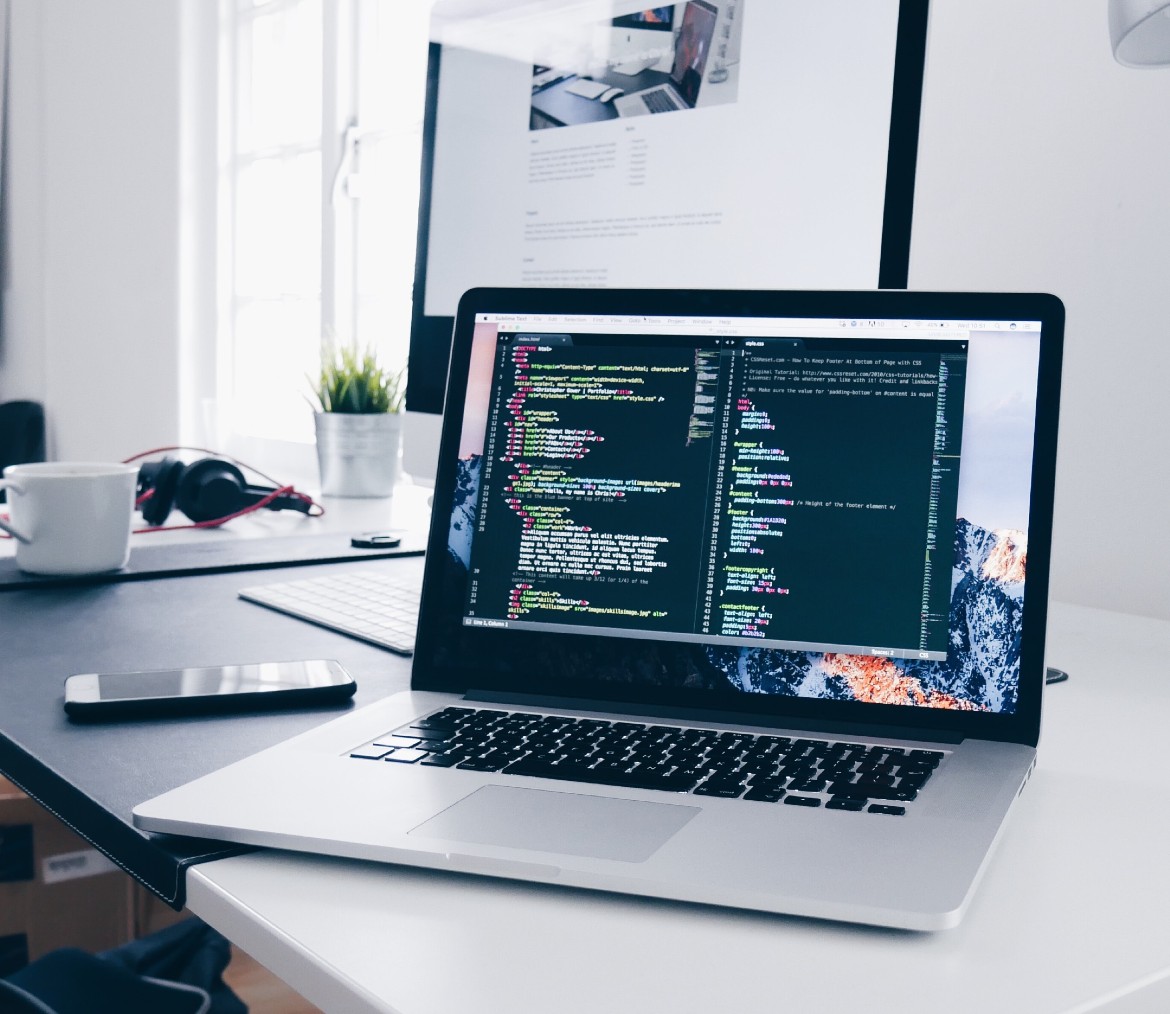 We invest in our partnerships with the startups in Rwanda and support the engineers with an ongoing training program. For that, we collect feedback from our clients and identify the individual potential for improvement and growth. 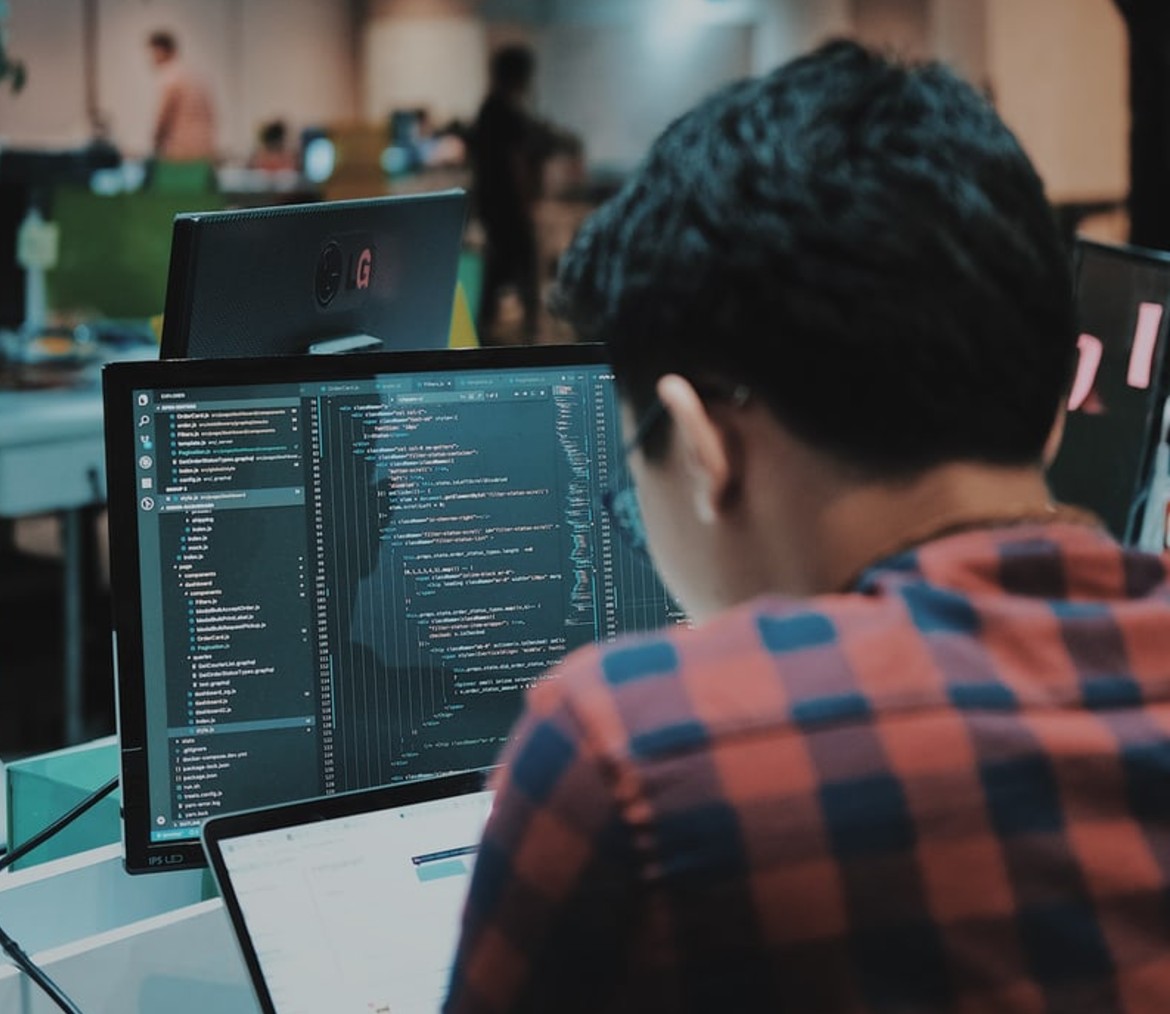 Our experienced team is growing

1
2
3
4
Alain is the CEO of WiredIn with clients in Europe, Japan, and the United States. Additionally, he worked for several years with leading financial institutions in Germany. Alain joins projects with Codeshift as a software engineer when he is not busy leading WiredIn’s team. In his free time, Alain rises to the sky as he holds a pilot license.

Yannick is an experienced full-stack software developer who has been working within different tech teams across Europe and Asia. He is passionate about open source and has been pioneering a range of projects in Rwanda. In his spare time, he loves to share his experience and mentor young engineers within the Rwandan tech community.

Jean Luc is a full-stack software developer who studied at Southern New Hampshire University and worked with different European, American, and African companies before joining codeshift. He is passionate about building up tech communities. In 2018 he co-started “SheCanCode”, a coding boot-camp for women. Traveling and playing video games are his favorite spare-time activities.

Ole started coding when he was 12 but studied Philosophy and Economics out of interest. Before founding Codeshift, he worked as Head of Software Development at Factory Berlin, Europe's biggest start-up community, where he built the engineering team from scratch. He loves everything related to the web, real-time systems, and graph databases.

Eleasar is an entrepreneur and passionate coder with a focus on building and scaling digital solutions. Continuously inspired by the open source community he loves to apply fresh ideas in product development and software architecture. He wants to create a positive impact through knowledge transfer and digital transformation while keeping coding fun.

Bonaparte is the Director of Engineering at WiredIn. He has several years of working experience as a Lead Developer in worldwide projects. He loves to learn and creatively solve technology issues, which shows his broad skill set in different technologies like Javascript, PHP with yii2, and Python with Spring and Django.

Lionel is the CEO and Co-Founder of Awesomity Lab. He started his career as a full stack developer until he hired a team smarter than him. He focuses on eye-catching and user-centered mobile and web projects. Lionel supports and coordinates his team during new projects.

Rimbert worked several years in a leading position developing Europe's biggest start-up community at Factory Berlin. Before starting Codeshift, he was the Managing Director of Mentor Verlag, one of Germany's fastest-growing publishing companies. With his positive attitude, Rimbert loves to motivate and empower his colleagues and friends.

Charles has 5+ years of experience with mobile and web app development. He holds a master's degree of science in information systems obtained from Kobe institute of computing, Japan. He currently leads the Mobile App Development section at Wiredin and loves to bring new ideas to life in ReactNative.

Max is the backend lead at Wiredin with a strong technical background and started his career at Belgorod Shukhov State Technology University in Russia. His skill set ranges from web & system programming to security topics, mobile development, and database design. Max is calm by nature and loves to share his profound technological knowledge with our team.

Arsene is a passionate web developer with five years of experience designing, developing, and testing user interfaces. His technologies of choice are Gatsby and React. His mantra is: “Make it simple, but significant.” A credo that shows in his designs.

Landry is a UI/UX Designer and front-end developer with 5 years of experience building and maintaining web applications using different technologies such as react in the gatsby and next.js framework. He has been working with distributed teams across Europe on software projects. His passion for user-centric design motivates him to create products that users love.

Lewis is a full-stack developer with 4+ years of experience. His technologies of choice are Javascript with Vue.js and Ruby on Rails. Besides his enthusiasm for clean code Lewis is a passionate project manager. Lewis believes in the power of communities and is always eager to learn from others.

Promesse is passionate about IoT (Internet of Things) and FPGA (Field Programmable Gate Array) technologies. He has several years of experience as a back-end developer at Octan Group, focusing on integrating IoT technologies and software development. He is always eager to learn and to adapt to new technologies and trends.

Herve has more than four years of experience with the development of mobile and web applications. He worked with PHP and Kotlin before focusing on Javascript. His preferred framework is React, which allows him to develop for both mobile and web. He is also enthusiastic about Kotlin due to its simplicity and ease of use compared to Java for native application development.

As the CTO of Awesomity Lab, his main job is to lead the team, identify growth opportunities, and monitor the latest technologies. As a software engineer, he has 5+ years of experience and ensures high implementation standards and systems’ architectural integrity. In his spare time, Yannick likes to play basketball.